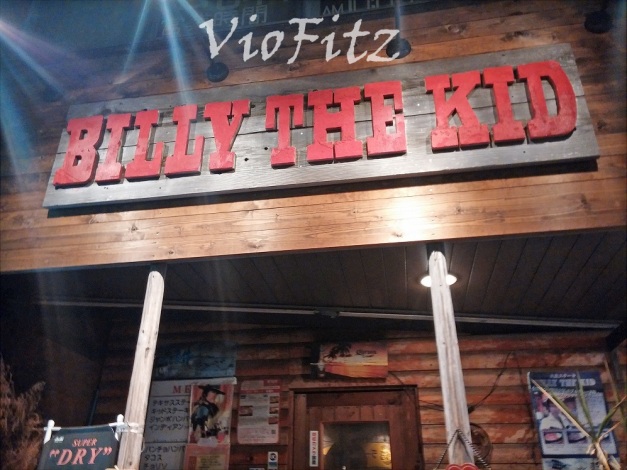 Well, it’s not about figure review today, I’m going to share about my travel in Japan & one of them is my journey to the steakhouse called Billy The Kid Steak House in Toyocho!! Some of you might don’t have any idea what’s so special with that, because there’s alot of Billy The Kid steakhouse in Japan. However, BTK Toyocho was a steakhouse branch in Japan that was owned by one of the famous Tokusatsu Legend of Kamen Rider series!! & he’s Tetsuo Kurata, the legendary Kamen Rider BLACK & BLACK RX a.k.a. Kotaro Minami!! Well, let’s check it out, shall we? 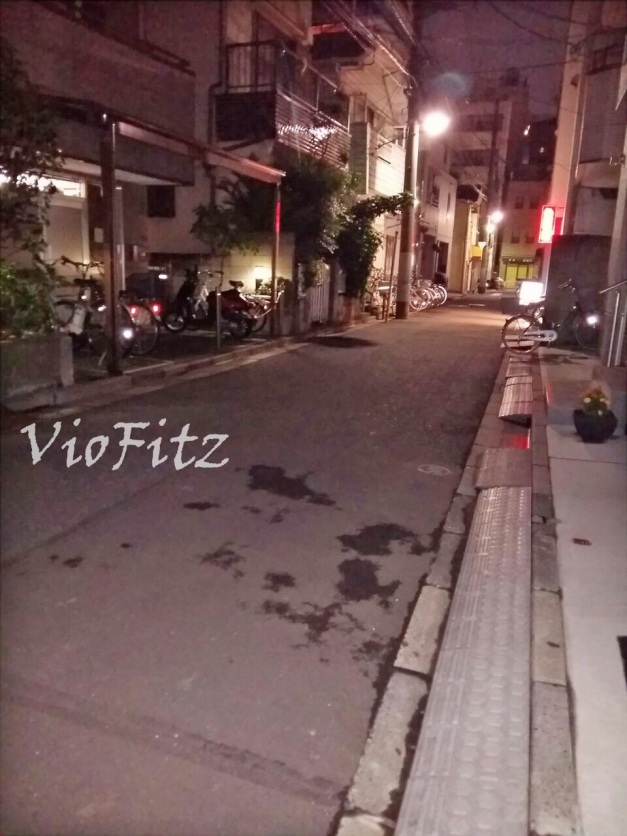 Before going to Japan, I was aware that the dream of meeting of Tetsuo Nii-chan would be highly gambling of myself. But, since I was in Japan at that time, it’s better to visit his restaurant instead of not at all. I was supported by my little sister, & she agreed to accompany me to the destination. And so, we went to his restaurant from Jimbocho Station to Kiba Station. Around the train, we’re stucked in the crowd since it’s rush hour time. We went through that due to the restaurant opens in 18:00 PM, this crowd actually made me became more worried, especially to see my little sister that also stucked in the crowd. Hoping so badly to the Almighty God, not to make this journey became pointless… Then, we made it to Kiba Station with my condition that already exhausted since I got a physical muscular disorder. However, I keep walking to the restaurant following the Google map road guide, contrast to the train, around Kiba/Koto/Toyocho is very quiet & calm. We barely see people walking, the place is full of small houses & shophouse, I love it somehow the air is alot fresher than in Jakarta where I lived. And so, & we made it to Billy The Kid Steak House Toyocho!!

Arrived in Billy The Kid!!

Inside the front door

Well, inside the restaurant we get to see the place has lots of Kamen Rider BLACK & BLACK RX’s merchandise & helmets on the cashier!! The interior has it with classic western styled decoration mixed with Kamen Rider BLACK & BLACK RX franchise photos & merchandise. I was very amazed filled with touched, it feels dream comes true to be able on visiting my childhood hero’s steak house in my life. Here we’re welcomed by an old woman who serve us & that old woman is Tetsuo Nii-chan’s mother!! She’s very nice & talkative but, unfortunately I’m not really good on my Japanese so, we mostly talked with jungle language. However, I can still asked her whether Tetsuo Nii-chan is around and she said he’s there!! Boy, I’m so overjoyed to hear that, she’s also surprised & happy to know that we came from Indonesia, Jakarta. And so we ordered our foods.

Yeah, right… All In Japanese, so I have to look on Tetsuo Nii-chan’s steak house official website for the pic of the details on the foods. Then, I pointed to Tetsuo’s mother I want BLACK Steak & my sister wants Chicken Steak, thanks to that web we can order easily & the restaurant doesn’t seems to sell pork & lard so, it’s kinda safe for Muslim traveller/customer like me, I think… Then we’re served with cold drink with kettle & salads in a small portion, I’m not used to eat salads but, for Tetsuo Nii-chan I ate it & surprisingly I like it!! Well, because I’m starving… & here we go!!

… Now, this is the part that made me & my sister surprised as hell!! During our wait, Tetsuo Nii-chan comes brought rice for us & his son brought the steaks!! I didn’t noticed on the begining but, after serving the rice, Tetsuo Nii-chan opens his mask & introduce himself to us by shook our hands & says “Hello, I’am Tetsuo Kurata! Nice to meet you, nice to meet you!”. OH, MY GODDDDDDDDDDDDDDDDD!!!!!!!!!! He brought the meal for us!! I can’t believe it, he shook my hands too!! Dream comes true!!!!!!! XD I couldn’t imagined how overjoyed I’am meeting him in full of surprise!! And so, we both eat our steaks, it was mouth watering, juicy, & delicious just like people said! BLACK steak was served on a sizzling plate decorated with BLACK symbol & his suit’s stripe with yellow mustard accompanied with red ketchup for the red stripe, the nori color represented BLACK’s suit, and not forgetting the tasty looking fresh corns with two small pieces of green bean acts as the antennas. Chicken steak was served not much different like BLACK steak but, more plain since it has no decoration that represents Kamen Rider BLACK nor BLACK RX. Both steaks are actually contains less salt & spice, so we can feel free pouring them with soy sauce/shoyu or chili/pepper. 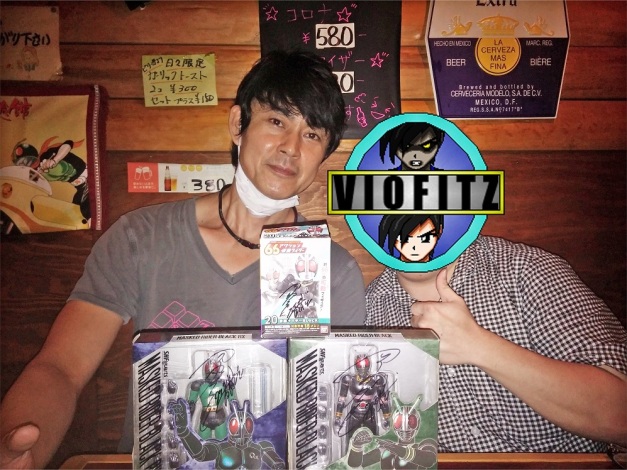 Me with the Legend!!

YEAH, BABY!! this is the very best part!! After our meal I asked Tetsuo Nii-chan’s mother for us to be able on meeting us again & do me a favor to take photo & sign my used figures & toy. Tetsuo Nii-chan’s mother actually prepared a shikishi for a customer like me if Tetsuo Nii-chan was happened to be very busy but, we don’t quite understand on what she says on the begining. However, when I showed my figures and I said “Sign & Shashin” on this, she asked Tetsuo Nii-chan in the kitchen, up to surprise me again his mother said “OK” which lead to believe me that Tetsuo Nii-chan agreed to come for taking photo & sign. And not for long, Tetsuo Nii-chan comes to our table the first thing he sign my figures & toy, I said “Kamen Rider BLACK totemo daisuki!!” he asked “Hontou?” Then I told him in English of “Yes, I’ve watched you since I was a child & I like it so much!!” but, he might don’t understand what I’m trying to say… 😥 & he says about his experience in Indonesia telling about his play in Bima Satria Garuda X, in which I understand on that part & I will watch for him. Then we tooked photo together with the signed figures, we didn’t talk long due to our language barrier & I understand that Tetsuo Nii-chan is busy so, he has to do his job! Atleast, I’m super happy with his aquaintance to me, so this journey ended to be very memorable to me to be able meeting the Legendary Kamen Rider BLACK & BLACK RX!! Don’t ask about my face, just imagined if you want, for the 1st time from 20 years ago I never show my happy expression in my photo. 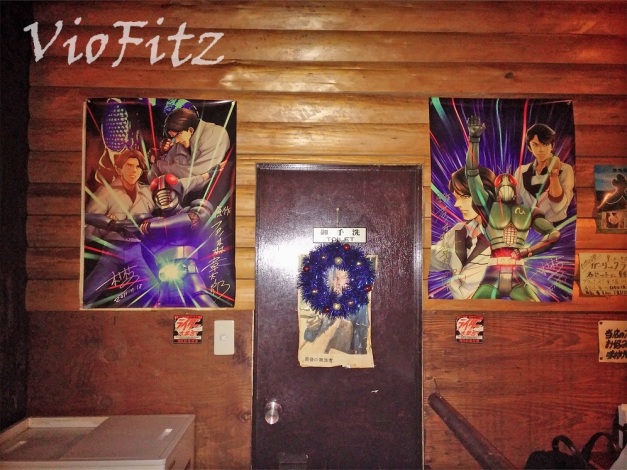 2 Artworks of Kotaro Minami and his Rider forms

Photos of Tetsuo Kurata with his Kamen Rider counterpart! 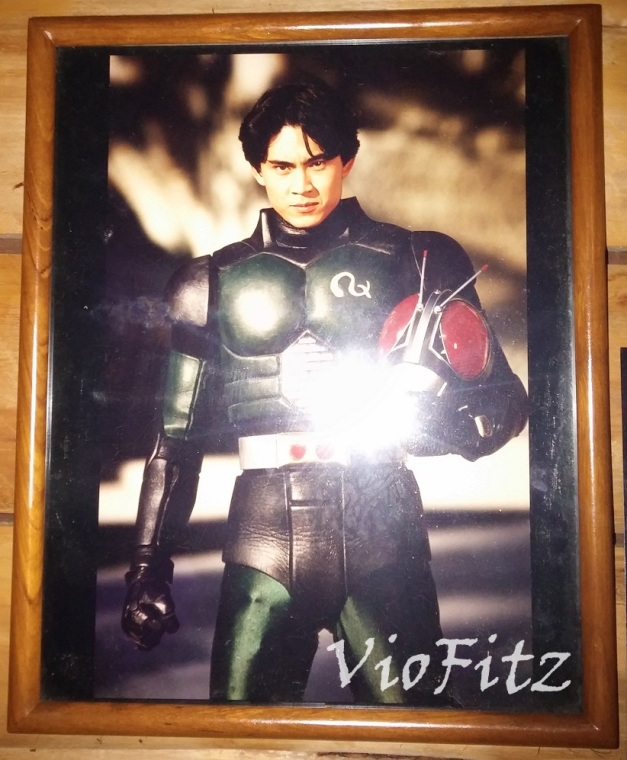 Statue of BLACK & some figures displayed

Some displayed BLACK & BLACK RX merchandise near the kitchen

Photo of Tetsuo Kurata with the Legendary Hiroshi Fujioka

After that we payed the bill & surprisingly not that pricey that I imagined but, still pricey. Then I tooked photos of this classic & classy restaurant for more of my proofs of visiting his steak house. Well, the restaurant’s decoration is definitely designed to show wild west feels but, mixed with Kamen Rider franchise photos, artworks & other merchandise. I actually liking this unique feelings because it’s like something that I never once visits & lastly, Tetsuo Nii-chan’s mother allow us to meet Tetsuo Nii-chan’s son named Kotaro Junia/Junior. Again, thanks to the language barrier we don’t quite understand but, all I acknowledged his son will also be playing some film in Jakarta but, I don’t know if it’s correct or not. His son also nice & he can speak Indonesian’s a little, my sister thinks he’s handsome which I kinda agreed somehow. We don’t take photos because, we don’t want to bother their hard work, his son also looks very busy & full of responsible of taking care the steak house. Of course, he’s in charge if Tetsuo Nii-chan nor his mother wasn’t around the restaurant. Well, I can only say I’m very thankful for this journey it’s full of wonderful memories, our hard journey with full of sweat & exhaustion didn’t ended for nothing at all. & when I arrived back at my inn I was like….

I cried filled with touched feeling & I never stop thanking the Almighty God… I really love this journey! Also, If you want to meet Tetsuo Nii-chan, Toyocho branch is the one to visit. The steak house opens in Monday – Thursday at 18:00 − 01:00, Friday – Saturday 18:00 − 02:00, & Sunday 17:00 − 24:00. It was located in Tokyo, Koto, Toyo, 3−14−7 the nearest access is from Kiba Station (Tokyo Metro Tozai Line), you’ll have to walk 5 – 6 minutes to be there, you can easily search it with Google map. However, getting there to meet him was actually gambling enough so, be aware on that & I have to admit that I was pretty lucky to meet him. Oh, about the steak house in overall for me:

Note: If you’re confused with the menu being completely written in Japanese, you can check on Billy The Kid Toyocho’s official website for the menu pictures. If you’re a Muslim like me & don’t know what kind of foods on the menu, you can just simply ask “Kore wa gyu/chikkin desu ka?” literally means “Is this beef/chicken?”. If you want to ask about Tetsuo Nii-chan was around “Kurata-san wa imasu ka?” means “Is Kurata available/presents?” Also, I was told from most of people who once visiting his steak house, Tetsuo Nii-chan actually got waiters & 1 of them can speak English. Unfortunately, during my time of visits, the waiters seems to be not presents. So, we’re served mostly by Tetsuo Nii-chan’s mother & I feel really-really sad for our language obstacles. However, if you can speak Japanese, it would definitely be a different story indeed.

Thank you for reading! XD